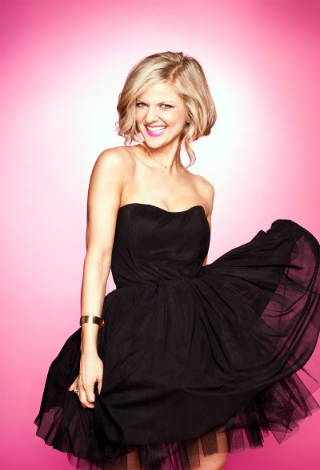 Stand Up in Stillettos

As a comedian and multi-faceted actress, Arden has had an impressive career. Most recently she can be seen as the hilarious ‘Regina Sinclair’ on NETFLIX’s ‘INSATIABLE.’ She also held heavily recurring roles on SHOWTIME’s ‘SHAMELESS,’ and ABC’s ‘FRESH OFF THE BOAT.’

Other television credits include, a recurring role on CMT’s ‘STILL THE KING,’ and guest star roles on 2 BROKE GIRLS, GREY’S ANATOMY and BONES, and ‘ORANGE IS THE NEW BLACK’ just to name a few.
Along with comedy touring, Arden is the host of the Nerdist podcast, ‘Will You Accept This Rose?’ about The Bachelor/The Bachelorette franchise.